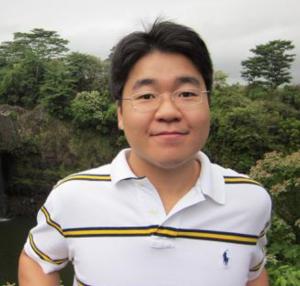 The School of Informatics and Computing is pleased to welcome Prof. Michael Ryoo! Michael joins IU from the NASA Jet Propulsion Lab, where he was a Research Technologist. He received his B.S. degree from KAIST and his Ph.D. from the University of Texas at Austin. His research interests are in computer vision and robotics, with a particular focus on human activity recognition in video. He’s teaching a computer graduate computer vision seminar in Fall 2015 and an undergraduate computer vision course in Spring 2016.

I work in computer vision, the area of computer science concerned with automatically inferring semantic meaning from images -- teaching computers to "see." More generally, I am interested in problems that involve analyzing and modeling large amounts of uncertain data, like mining data from social networking websites.

I'm an Associate Professor in the School of Informatics, Computing, and Engineering at Indiana University, where I direct the IU Computer Vision Lab. I'm on the faculty of the Computer Science, Informatics, Cognitive Science, and Data Science programs, and I'm adjunct in the Department of Statistics. My work has been funded by grants and contracts from the National Science Foundation (including through a CAREER award), Google, Kodak, the Department of Defense, and Indiana University.

Before joining IU, I was a graduate student and postdoc in Computer Science at Cornell University. I worked with Professor Dan Huttenlocher on statistical part-based object recognition algorithms, and with Professor Jon Kleinberg on modeling and mining data from online social networks. I completed the Ph.D. degree in August 2008.

Before Cornell, I spent two years in the research labs of Eastman Kodak Company. There I worked mostly on image understanding and enhancement algorithms for both consumer and medical images.

As an undergraduate and Masters student at Penn State University, I worked with Professor Rangachar Kasturi on content-based video indexing, and specifically on detecting, tracking and recognizing text in video (both captions and text appearing naturally in a scene).

Publications
This is a partial list – please see my lab publications page or Google Scholar profile for more.

Graduated Ph.D. Students
For a complete list of current and former graduate and undergraduate students, please see our lab web page.
Other projects
These are other projects I've worked on that were never polished enough to be publishable, but that someone somewhere might still find interesting. :-)
Fun
I love cycling. During graduate school I would take multi-day bike trips spanning hundreds of miles, but the tenure track has made those trips less feasible. These days I stay closer to home, enjoying weekend rides along the beautiful country roads of southern Indiana. I used to ski during winter until I moved to the second flattest state east of the Mississippi.

I took piano for 12 years as a child and recently started picking it back up again. I've also been trying to learn organ. Since I can't produce great music myself, I'm happy to live just a few blocks from the amazing IU Jacobs School of Music.

I'm on a perpetual quest to become fluent in Spanish. In addition to taking classes in high school and throughout college and graduate school, I've studied abroad in Spain and Mexico, and I've also traveled to Puerto Rico, Chile, and El Salvador. Despite all that effort, my Spanish is still remarkably lousy. :)

If you like pretty pictures, you might check out my dad's amazing bird photos. My own household flock includes Pichu, Ron, Sally, Betsy, and Sebastian; alumni are Toto, Zuma, Rameses, Rameses II, and, of course, Cocoa.